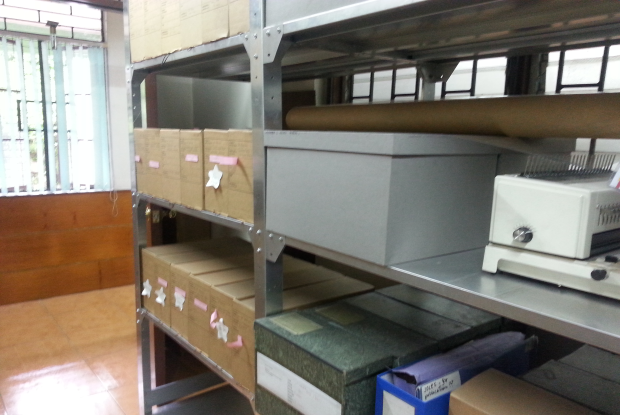 These black and white photographs were said to be the collection of Laurence Lee Wilson.

The Laurence Wilson collection of black and white photographs, film negatives, and correspondences between H. Otley Beyer, Henry A. Kamora and Francisco Billiet were in the possession of the UP Baguio Cordillera Studies Center Library since the ‘80s. According to Prof. Analyn Salvador, who made an inventory of the photographs, there is no accurate date when the CSC Library acquired these materials. Sometime in 1982, Dr. William Henry Scott donated some photographs and historic maps to the Center. These black and white photographs were said to be the collection of Laurence Lee Wilson.

The photographs, negatives, slides, correspondences and manuscripts are contained in two (2) boxes.

Laurence Wilson, mining prospector, anthropologist, folklorist was born in Omaha, Nebraska on September 16, 1885. His father was of Scotch-Irish ancestry and his mother of French Hugeunot extraction. He graduated from the San Jose High School in 1904. He obtained his B.S. with emphasis in mining and anthropology from the University of California.

Following his mother’s death, he decided to come to the Philippines in 1930, stopping on the way to study and work in Japan and China. In the Philippines, he entered into mining activities, prospecting and development work. He located the Masinloc chrome deposit for Masinloc and other mineral deposits.

After the war, Wilson became more active as a folklorist recording Cordillera oral traditions and publishing them first in the Baguio Midland Courier and later in book form. He assisted Prof. H. Otley Beyer in collecting palaeontological material at the Anda sites in Pangasinan.

← The Augustus U. Saboy Papers ← The Otto John Scheerer Papers