The UP College Baguio Library first opened its doors to readers in 1962. This was more than forty years after the first UP unit in the North was established in Vigan and transferred to the City of Baguio in 1938. The initial collection of the college library totaled 1,280 volumes, many of which were donations and books relocated from the Diliman Libraries as UP Baguio was then a degree granting College under UP Diliman.

Mrs. Carolina Nemenzo Sacris organized the first library collection with Mrs. Remedios Palaganas acting as library assistant in charge of student services. During its first year of operation, the Library occupied a 115.2 sq.m. room, which housed a reading area, a small textbook collection, and a librarian’s corner. It had a seating capacity of 50.

In the late 1960s the library acquired a 2-floor area in the main campus building. This period also saw the construction of a mezzanine floor to accommodate a stock area for circulation books and another reading room as the collection and population continued to grow. The Library opened a graduate reading room at the Division of Management Sciences building in 1979 to temporarily solve the persistent space problem. The room provided a space for the graduate, serials, and newspaper clippings collection.

The idea of putting up a library building began as far back as the early 1970s under the leadership of Dean Sofie Catbagan. One million pesos from the national government was appropriated in 1982 for the first phase of the construction of a new building. Construction commenced in 1983 but due to lack of funds, work came to a halt.

It was only in 1985 that construction resumed under the administration of Dean Patricio Lazaro. Finally, in March 25, 1988 the new library building which had a floor area of 1,536 sq.m. and was three times bigger than the old one, was inaugurated with University President Jose V. Abueva and UP Diliman Chancellor Ernesto G. Tabujara in attendance. Under the supervisions of Mrs. Corazon C. Estavillo and followed by Mrs. Victoria B. Gandeza, the Library expanded its services to students and faculty. New sections have been established.

Just over two years into its operation, an intensity 6.9 earthquake that struck in the afternoon of July 16, 1990 damaged and rendered the library building useless. The Library transferred and occupied the Bulwagang Juan Luna or College Auditorium until a new building was erected in 1992.

With the elevation of UP College Baguio as the 7th autonomous unit of the UP System in December 2002 and the subsequent independence of the Library from the UP Diliman Main Library, focus on improving services and collection attuned to the mother unit’s regional thrust and objectives of developing its niche in Cordillera studies and research became the primary goal of the Library.

Computerization of Library records and library functions such as online access catalog and circulation services was introduced in 2003. Management of the Cordillera Studies Center Library which was formerly under the administrative and technical supervision of the CSC was finally turned over to the University Library in 2004. A Graduate Resource Center, housed at the Institute of Management building was established in August 2005 to service the needs of the graduate students. With the vision of UP Baguio as a center for historical academic scholarship in and on Northern Luzon and the Cordillera, the Cordillera/Northern Luzon Historical Archives was set-up in 2007 primarily to serve as repository of the University’s publications and archives documents as well as public and personal papers related to the history and culture of the various ethno-linguistic groups of the Cordillera Region.

In August 2009, construction of a 3-floor annex of the library building was completed. The first floor houses the Serials Section, Binding Room and a photocopying services corner. The head librarian’s office, a multipurpose room, and the baggage deposit area are on the second floor. The Cordillera Studies Collection Library occupies a wing on the third floor while the Multimedia and Internet Room occupies the other wing.

The Library has grown in leaps and bounds since it opened in the early 1960s. However, much is still expected and needs to be done as the Library aims to continuously upgrade and modernize its services and facilities to cater to the changing times and the demands of students for more diverse sources in different formats and in a broad range of subject areas. These therefore, are the commitments of the University of the Philippines Baguio Library. 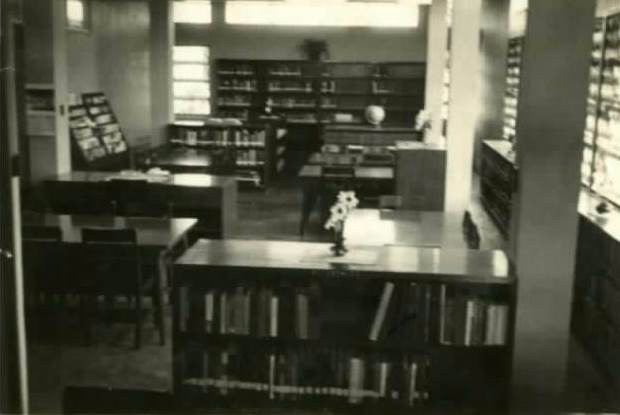 Construction of the Library building started in 1983 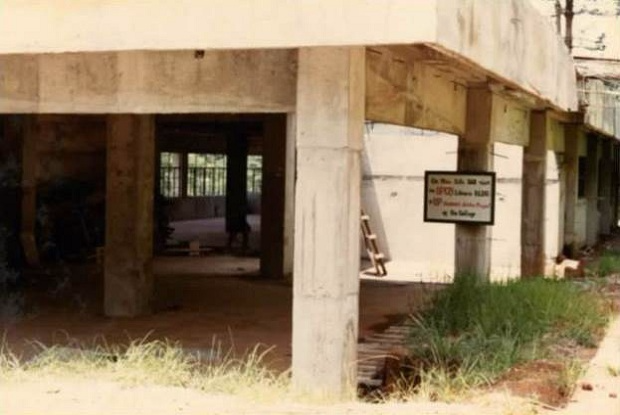 Inauguration of the Library building in 1988 The marker of the Library building in 1988 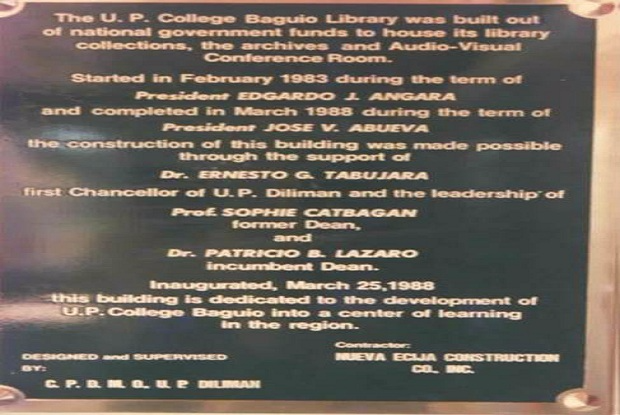 The Library building devastated
by the 1990 earthquake 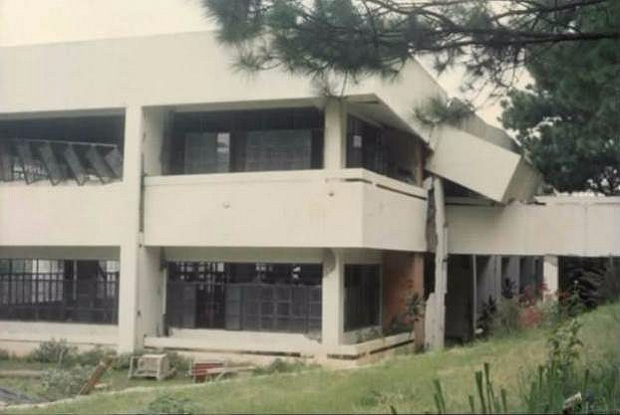 The Library building devastated by the 1990 earthquake 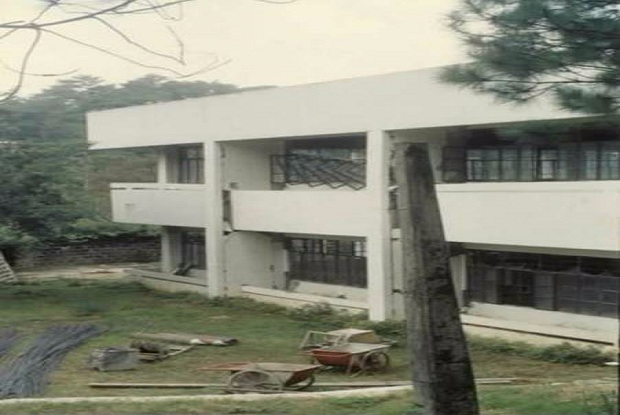 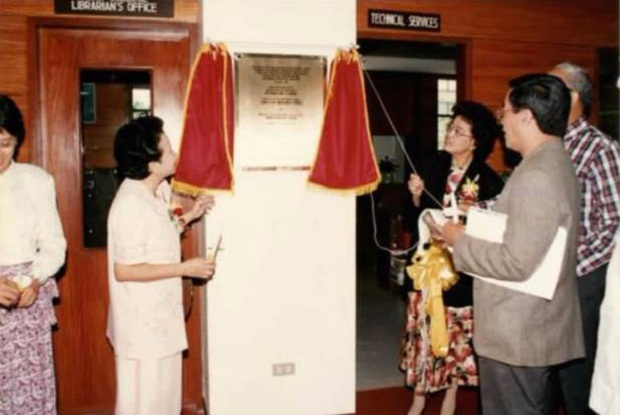 Inauguration of the Library building in 1992 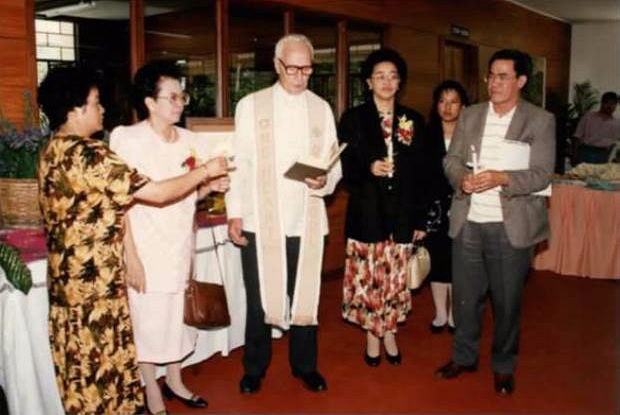 The Library staff during the 1992 inauguration
of the Library building 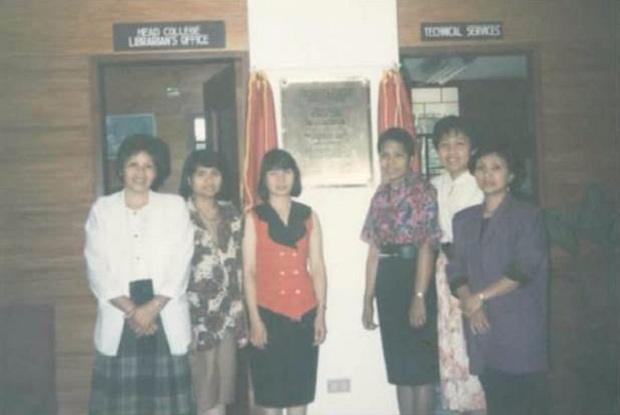 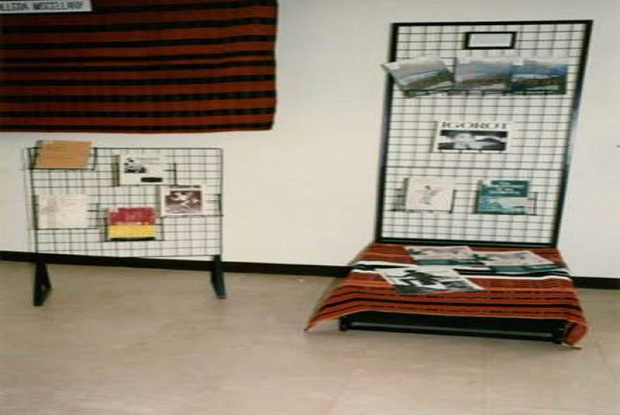 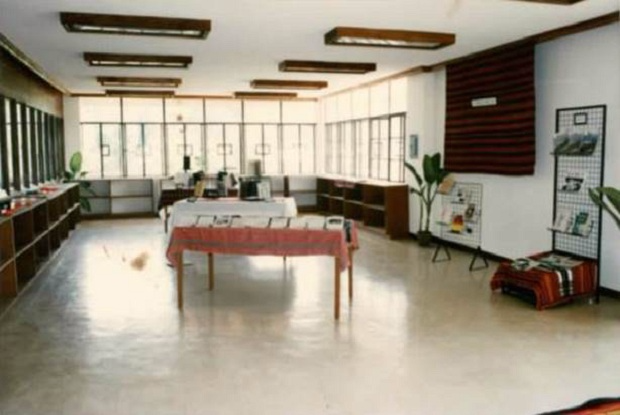 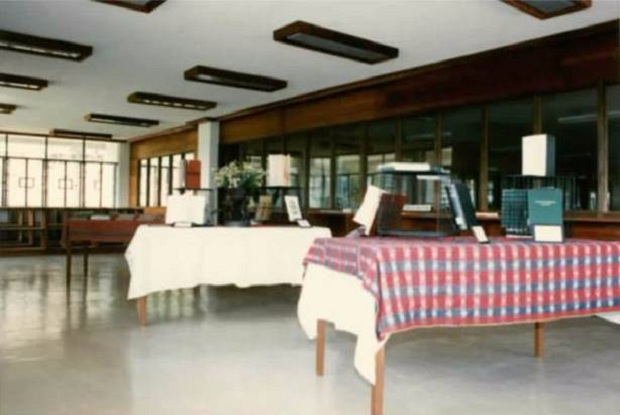 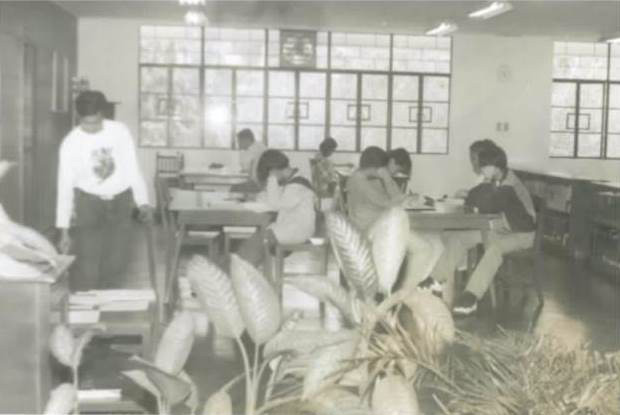 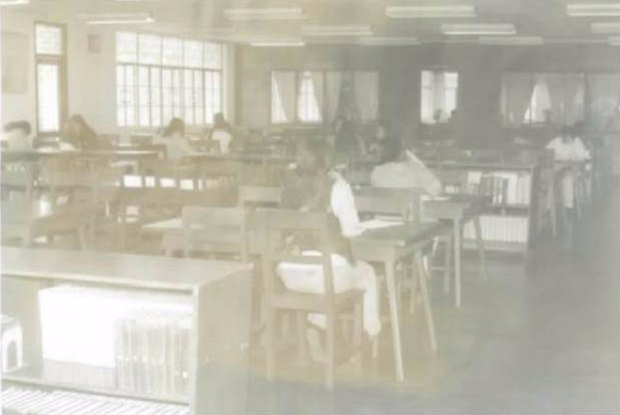 ← Vision and Mission ← Sections and Collections